This week we talk to multi-talented writer Caimh McDonnell about hecklers, dogs and successful self publishing. And we witness a huge moment in the history of podcasting; the release of Dave's brand new catchphrase!

so we should probably just start by welcoming queef mcdonald to the show uh thanks for coming on i'm delighted to be here great we should probably start by um pointing out that uh the way that we kind of know each other i first met you at the bbc writers room northern loves sitcom initiative back in 2009 but for clarity i also last met you at the bbc writers room northern laughs sitcom initiative back in 2009. so we're not that familiar with each other it's been quite the roller coaster ride as it has how have you been well we we have not been doing that great which is why when we started this podcast and what we like to do is speak to people who at some point had an equal footing to us and then examine how they've managed to become successful whilst we've somewhat floundered we were never equal

left us to thank them for their time before they're leaving

well thank you ever so much for giving us your time it's been it's been really enjoyable and now it's been really interesting yes thank you we should probably also say that if you want to learn more about queef mcdonald you can go to whitehead irishman.com which 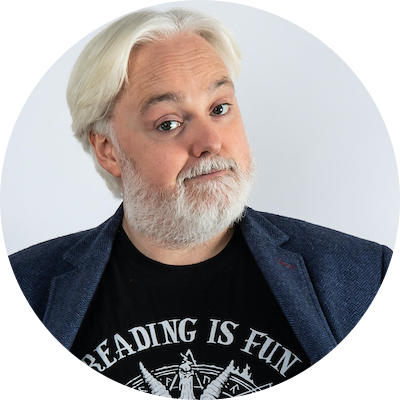 Caimh McDonnell is an Irish novelist. Born in Limerick and raised in Dublin, McDonnell is a former stand-up comedian and TV writer. McDonnell primarily writes comic crime thrillers. His Stranger Times series, which melds urban fantasy, paranormal, and humour with crime, is written under the pen name of C.K McDonnell.