S1 Ep31: The greatest day of Jon's life - an interview with Andy Stanton

Season 1
We're pretty lucky that Jon's writing hero responded to his somewhat serial killer-esque letter of invitation in the affirmative, rather than pursuing it further through legal channels. But all's well that ends well! We had a proper funty time with Andy, his chair and loads of really good insights into "the craft". (Fortunately we managed to keep Jon from embarrassing himself and letting it slip that he's actually got an Andy Stanton shrine in his downstairs loo... oh, and that he nearly called one of his kids Jammy Grammy Lammy F'Huppa F'Huppa Berlin Stereo Eo Eo Lebb C'Yepp Nermonica Le Straypek De Grespin De Crespin De Spespin De Vespin De Whoop De Loop De Brunkle Merry Christmas Lenoir).

See Jon's...um...not at all creepy letter to Andy here
https://www.failingwriterspodcast.com/blog/why-jon-wanted-andy-stanton-on-the-show-so-bad/

you could beep it couldn't you tell me 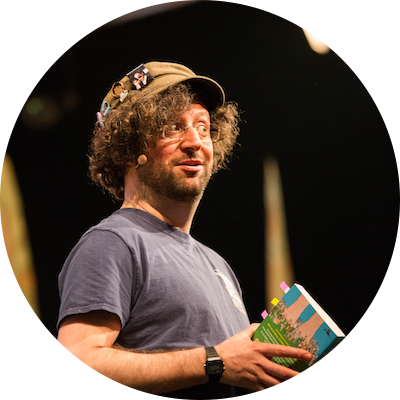 Andy Joel Stanton is an English children's writer. He grew up in the London suburbs of Harrow and Pinner and attended the Latymer School in Hammersmith. He lives in North London. Stanton is best known for his 'Mr Gum' book series, by which he made a popular contribution to contemporary children's literature.