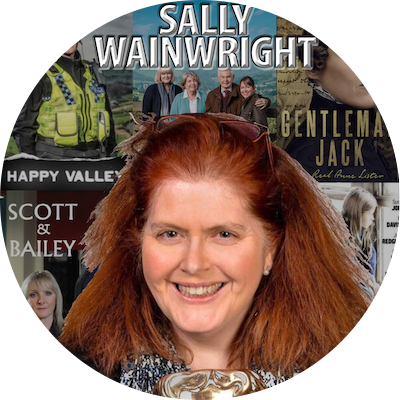 Sally Anne Wainwright OBE (born 1963) is an English television writer, producer, and director from Yorkshire. Early in her career, Wainwright worked as a playwright, and as a scriptwriter on the long-running radio serial drama The Archers. In the 1990s, Wainwright began her television career, and, in 2000, created her first original drama series At Home with the Braithwaites (2000–2003).

She won the Royal Television Society's Writer of the Year Award for the 2009 mini-series Unforgiven. Wainwright is known for her creation of the ITV drama series Scott & Bailey (2011–2016), Last Tango in Halifax (2012–present), and Happy Valley (2014–present). Last Tango in Halifax won the British Academy Television Award for Best Drama Series in 2013, whilst Happy Valley won the same award in both 2015 and 2017.

Wainwright is the creator of the 2019 HBO and BBC One television series Gentleman Jack starring Suranne Jones as Anne Lister and Sophie Rundle as Ann Walker. Sally Wainwright OBE joins us on the show this week! What do you ask a multiple BAFTA award winning screenwriter with an impressi…